A Trademinator Story: Trading as one of my Passive Incomes

I must say, studying a Master's open your eyes in many ways. One of them is the know-how about how to actually do business with IT. As a Computer engineer, all IT is just IT. ITAM gives a very good program called MTIA which it is in my opinion, the perfect bridge between IT and business management. It will give you the tools to monetize the technology. I might think the MTIA program might see the future of the FinTech in a very naive way (the program, at least in 2007-2010, did not have any subjects related to cryptocurrencies).

I must recognize I delayed getting into cryptocurrencies. Although I was aware of Bitcoin, I did not take it seriously because I was not able to go to Walmart and pay with it. At that time I did not completely understand how to convert the cryptocurrency to my local currency.

In late 2016, I started to study the cryptocurrencies and built a little miner. After some readings and studies about the cryptocurrencies fluctuations, its relationship with trading, and financial impacts, I took the call not only to mine them but to make them as much as profitable I could. I decided to start trading.

And it is true! At least in this world. Delaying some calls for some minutes may cost you money.

As a newbie trader, I couldn't put all my savings there. I am convinced this is a profitable business, but I needed to do it step by step. So I started with little quantities, 300 CADs (It was about 0.0024 BTC). The key here was monitoring some local brokers and when the Bitcoin went south, then bought some.

An exchange is where you buy and sell your cryptocurrency. I decided to go to Poloniex.

Choose your Trading Bot: The Trademinator

The selection of this tool is very important. The idea behind this is that I do not need to be in front of the computer to do trades. Trading opportunities come anytime, and monitoring 80 pairs is almost impossible.

After having some Bitcoins, my next step was choosing the right trading bot. I went googling. Finally,  I bought a license for a proprietary one. Although it was giving me profits, the bot was not very smart. It misbehaved when the Bitcoin raised from 800 USD to 2000 USD. Documentation was awful; multiple parameters with not enough description were listed; the support forum and Telegram channel intended to fix this issue, but because the source was not open there was a lot of misinformation and most answers were guesses from users.

After long readings and learning how this should be done, I decided to start coding my own cryptocurrency trading bot. I must say it was not an easy task. It took me about four months of development and two months of testing and killing bugs. It cost me money, but in September 2017 I had a pretty stable version of my trading bot.

The software is coded in PHP. PHP is not the fastest language (PHP 7 is faster than PHP 5, but not as fast as a C/C++ code), but it is very easy to code, it has very solid support for float numbers and big integers. The architecture of the software is designed in a server-client scheme which it allows me to keep it as open-source, be executed in low-end computers and it allows me a pretty good business model. The code is organized in classes. Therefore, I was able to create a Framework in which is very handy to do build more software later.

I also started thinking, why not to copy the business model from the guy I got the first bot; even better, make it more attractive. My business model will accept payment in my local currency instead of Bitcoin (which it makes it more attractive), you do not need to pay extra for goodies (all is included), it is open-source (no guesses about the code. Do want to know more? Just read it!).

After doing some ping-pong with my friend Andres, I took the name of Trademinator. My bot finally had a name. And yes, you are guessing correctly, trademinator.com was untaken. I got my perfect domain name as well.

October 31st, 2017, it was the date the first public release of Trademinator was published. At this point, the software is able to do the following:

The website of this software is https://trademinator.com, if you want to read more about it. I will write later about the business strategy and how open-source is used to accomplish it.

I want to use Trademinator

Awesome! First I must say that although the source of the Framework is opensource (you can download it in Github) and the client is as well (you can download it from the Trademinator download section), the use of Trademinator is not free. The good thing is I am planning a starters subscriptions for those who want to use Trademinator since the beginning. I am thinking for a 50 USD one-time membership, the price will be adjusted as I get closer to the final release 1.0.0.

The better days of trading are coming. 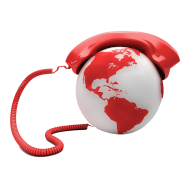 Most Read Posts in Business