High Availability in the Cloud 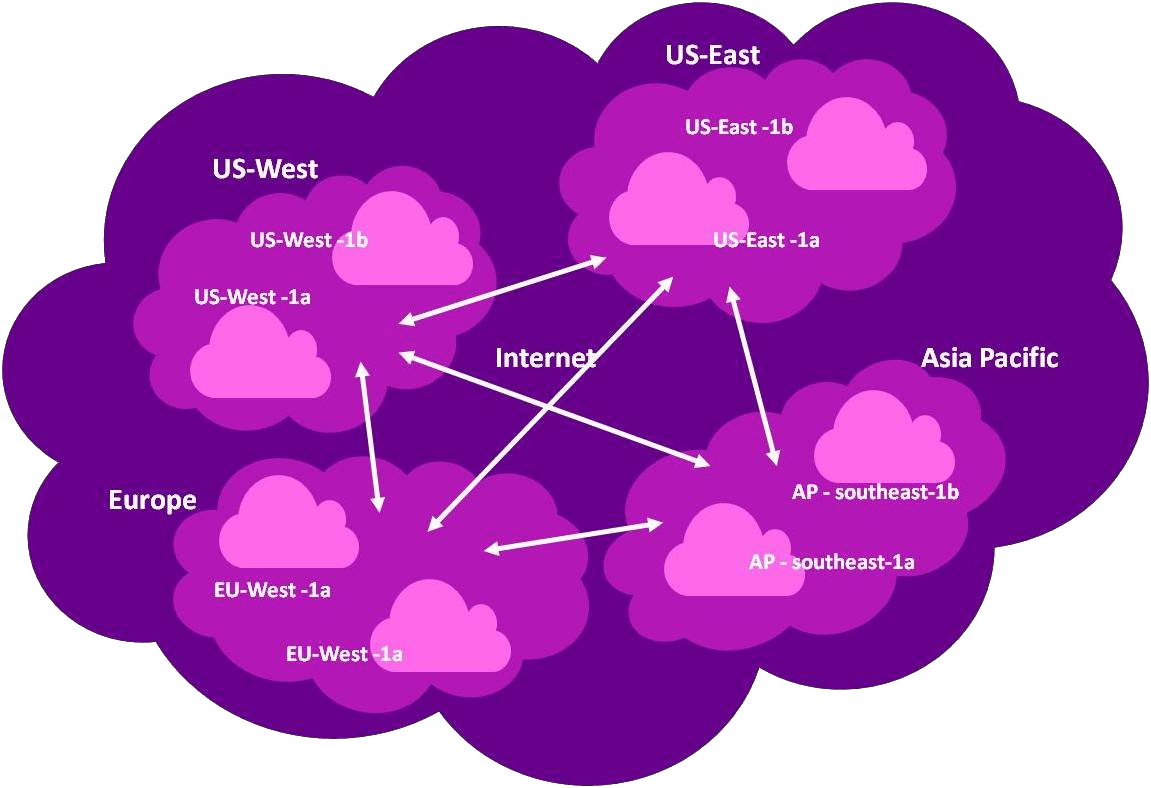 High Availability (also known as HA) is the capability of a system to remain online regardless the adversary events that might happen. Then, we will state that availability is the characteristic that concerns a service to be reachable when it is needed. And as you should guess, availability can be measured using percentages (from 0% to 100%); of course, we all know the more close to the 100%, the more expensive it is to deploy a system like that. In the folklore when you say a service has 3 nines of availability, you mean 99.9%.,

As a security consultant and CISSP certified, I have not found any hard definition that states how many 9's you should have in order to claim you have high availability. In my experience, people start calling high availability when you talk about 3 nines or better. But this is only a feeling.

When someone says in the cloud, it is a very gray term that means other's computer. When we speak about servers, we think about VPS'es in the cloud. A name such as Digital Ocean or Vultr jumps right away to my mind. If you are looking forward to having a non-expensive, reliable system in high availability with some load balancing, this article will help you to understand how this works.

High Availability can be reached by applying countermeasures in different layers of the network layer model. In my experience, usually in the following:

Native Support for the Protocol

Protocols such as SMTP, SIP and XMPP are the perfect examples for this. SMTP is a special case, which it uses MX records instead SRV. However, those three have a fallback mechanism built in. SRV records are an ideal option if the protocol you are using supports them.

You should always keep in mind that SRV records won't give you High Availability automatically. The servers within the farm should be able to take over other's work. Your servers should share information among them.

In the world of the VoIP, SRV records are heavily used to accomplish High Availability. However, the decision of honouring such relies purely on the endpoint. I have found that some IP Phone telephones will honour perfectly SRV records and other simple they won't. SRV records can be used to give fallback capabilities, however, their nature is static and the server with the highest priority will get all the load until it fails.

DNS is the protocol responsible for translating hostnames into numeric IP addresses. Nowadays, it is very strange a server who doesn't use DNS. If you are looking forward to having fault tolerance, using DNS instead of hard-coding IP addresses is the correct approach. Not to mention that it is easier to remember www.inside-out.xyz rather than 170.75.152.145 for IP version 4 or fe80::f816:3eff:fe33:ea02 for IP version 6.

This Smart DNS server should be capable of taking a real-time decision before delivering any register. Helped by other scripts, it could resolve to the IP where latency is lower or server load is minimal. If a node goes down, the Smart DNS technique should realize of this and it should take out that faulty server IP out of the pool. When the server is back, IP should be restored into the pool.

Smart DNS technique should apply on A (for IP version 4), AAAA (for IP version 6) and SRV record at least. The A and AAAA records should have a smaller TTL than SRV records. Because the nature of the fall back on the SRV records, they can have longer TTL with minimal service disruption.

As always, like the Native Support for the Protocol, your cluster nodes should have a way to share information.

This technique is one of the best options if you are using a server in the cloud, and in my opinion, the best if those servers (VPS) are hosted by different companies. Because you don't have control of the Autonomous System, nor the physical server, manipulating the DNS is where you need to focus. All you need to do is to create a VPN between the nodes (if you don't want to pass clear data through the Internet), get a valid domain name and host that zone with any of the existing implementations.

Implementations of a Smart DNS

In my career, I only know two implementations of this Smart DNS approach. I don't doubt that there are more out there, but my Google-Fu is low.

Don't lose time and contact me. There is always a way to figure out an affordable solution for you.